Professio Energia is first Croatian public listed (Zagreb Stock Exchange) pure – play renewables company, owned by some of the largest Croatian institutional investors: Erste pension fund, PBZ CO pension fund and Croatia osiguranje Plc. Together with Danilo and Rudine, assets in the ownership of Professio Energia produce more than 300 GWh of green electricity each year. Professio Energia is also developing pipeline of additional 200 MW of combined wind, solar and storage facilities and is determined to secure sustainable returns to its investors from a diversified portfolio of renewables infrastructure that contributes towards a zero-carbon future.

Mirova, the affiliate of Natixis Investment Managers dedicated to sustainable investing, had acquired 95% of the Danilo and Rudine wind farms in 2017 through its dedicated renewable energy fund Mirova-Eurofideme 31, launched in 2014. That acquisition was made from Austrian developer and investor RP Global, which remained a 5% minority shareholder and responsible for the operation of both wind projects

Mirova has been committed to the energy transition and local renewable energy production for 20 years. Danilo and Rudine, which are among the largest wind farms in Croatia, were Mirova's first investments in the country, where the electricity mix is composed of 40% fossil fuels2 (mainly oil and gas). Since their commissioning in 2014 and 2016, the Danilo and Rudine wind farms have produced on average more than 165 GWh of green electricity each year3, saving the equivalent of more than 25,000 tons of CO2 per year and providing electricity to more than 40,000 people in Croatia4.

RP Global, a leading renewable energy developer and investor, who initially developed and built Danilo and Rudine, is currently developing a greenfield pipeline of some 350 MW of wind and solar projects in Croatia, making the country one of its important markets in the region. This pipeline will be the basis for future long-term partnerships with best-in-class investors such as Professio Energia and Mirova. Also, RP Global’s Croatian team will continue to provide operation and maintenance services for the wind farms under a service agreement with Professio Energia.

Before the closing of this acquisition, a refinancing of the two wind projects, which were previously financed by the IFC and Unicredit, has been completed with Croatian bank Privredna Banka Zagreb d.d. member of Intesa Sanpaolo Group on 22th December 2021, enhancing the local significance of this global operation.

“We are proud to announce acquisition of two operating wind farms in Croatia and to be able to warmly welcome Danilo and Rudine to Professio’s operating assets family. Using the opportunity, we kindly thank Mirova and RP Global for their constructive approach and highest level of business conduct and trust demonstrated during this complex transaction – virtues that prove Mirova and RP Global as highest-class investment professionals and business partners. This transaction marks an important milestone in the implementation of Professio’s growth and development strategy. More than that, we strongly believe that this transaction has the potential to become first step in long – term partnership between Mirova, RP Global and Professio Energia in sustainable investing in the region of South – East Europe. Together with our shareholders we have ambitious plans for future ESG investments thus contributing to green transition of Croatia and complete SEE region.” 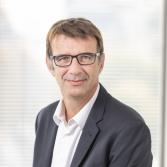 We are pleased to announce the sale of our two wind farms in Croatia to Professio Energia, a local and experienced player in the renewable energies, which shares a common vision of renewable energy deployment in Europe. It is a great satisfaction to have contributed with RP Global to Croatia’s development in renewable energies through the investment in Danilo and Rudine, and now to let the local actors take over the projects. RP Global, our long-standing European partner, and we have really appreciated to work with Professio Energia on this transaction, and hope that this will be the beginning of a new long-term partnership with a quality player.

“We are very pleased with this transaction, which confirms our strong commitment to delivering top-quality renewable projects for investors. We look forward to developing a fruitful, long-term partnership with Professio Energia, one of the most reputable investors in the industry, through the provision of operation and maintenance services for the acquired projects”. 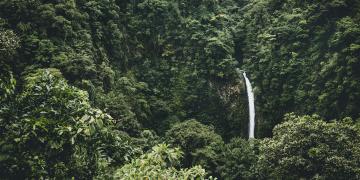 Orange is taking a new step in its "Net Zero Carbon" environmental strategy in 2040 with the creation of Orange Nature1, a fund endowed with 50 million euros to develop restoration and conservation projects for natural ecosystems.

From 31 October to 12 November 2021, the long awaited COP26 was held in Glasgow under the sign of a recently emerged and highly promising notion: “Net Zero”. Although the commitments made during the negotiations between States did not live up to expectations, many announcements were nonetheless to be welcomed, as were the numerous commitments made by the private sector. 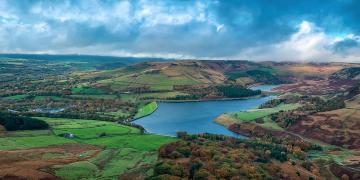 The L’Oréal Fund for Nature Regeneration supports rewilding in the UK and in Europe: when corporate helps develop innovative natural capital investing models
Published on 10/29/2021

On October 29, 2021, the L’Oréal Fund for Nature Regeneration1 announced its support to in The Real Wild Estates Company, the UK’s first ecosystem and species restoration business with sustainable financial returns. This innovative model is expected to unlock private capital to accelerate rewilding in the UK and, ultimately, across Europe. L’Oréal’s impact investment strategy is operated by Mirova’s natural capital platform. A pioneering impact-investing company, Mirova gets involved in the seed phase to catalyse innovative and scalable Nature-Based Solutions2, creating value from carbon credits and payments for ecosystem services.