Carbon neutrality, adaptation to climate change, preservation of biodiversity, and combating inequality: these are all complex and interconnected issues that need to be addressed in a holistic manner, rather than piecemeal. Investors wishing to participate in the transition to a fairer and more sustainable economy, will not lack for challenges the coming decades, nor should they lack opportunities to play a positive role.

The issue of climate change has now become a key focus for everyone operating in the realm of finance. However, discussions over the right angle for tackling the subject are ongoing. Should we maintain investments in companies with high emissions to better support them in their transition? Should we start to withdraw from the least efficient players? Should we channel investments towards new types of actors likely to provide solutions to the climate crisis? And how can we measure and compare the effectiveness of these actions? There are many such debates across the world of finance, especially within asset management. And rightly so, because the subject is both complex and compelling.

In this context, one concept has become increasingly popular in recent months: that of ‘carbon neutrality’ or the ‘net zero’ objective. The phrase is very catchy. In terms of communication, it’s very tempting for a business to define itself as a ‘Carbon Neutral’ player as a means of advertising climate virtue. Nevertheless, the concept is not without its ambiguities. While carbon neutrality is well defined on a global scale, it is – as is so often the case – its implementation that poses a problem.

A telling example of this difficulty in translating the concept of ‘Neutrality’ for economic actors is the gap between those measures actually needed to achieve carbon neutrality in 2050, according to the ‘Net Zero’ report published in May by the International Energy Agency (IEA), and the unambitious goals set in the pledges we hear from companies.

For financial players as well, this transition also has very strong implications. The sector plays a central role in the economy and the shift to a carbon-neutral world requires a profound transformation of all finance-related businesses. Such a shift is the ambition that Mirova has set for itself since its creation in 2014: to use the leverage of investment in the fight against global warming.

Our industry is currently undergoing a major transformation. A growing number of players are committing to neutrality in France, Europe, and the United States. These announcements give us hope that the contribution of investments to the transition will accelerate. Even as we write these words, the COP26 is being held in Glasgow at the beginning of November 2021; let us hope that its voices will be a source of inspiration to launch a movement for profound transformation.

2 Mo
Let’s keep in touch !
You can subscribe to Mirova’s publications by clicking here 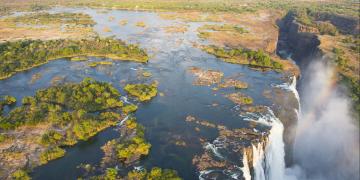 Ladislas Smia, Head of sustainability research at Mirova, has been selected to serve two years as Member of the Taskforce on Nature-related Financial Disclosure” (TNFD), along with 30 senior executives from financial institutions, corporates and market service providers. 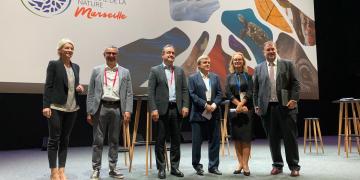 Among the themes on which the IUCN (International Union for Conservation of Nature) World Conservation Congress focused, the need to transform the global financial system and direct investments into projects that benefit nature and biodiversity was largely addressed throughout the event. 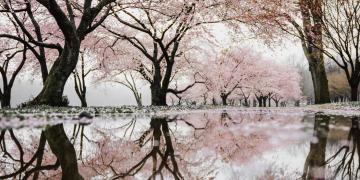 Mirova for Nature: progress report on our action in favour of biodiversity
Published on 09/04/2021

Despite the health context, we have continued to implement our biodiversity roadmap. You will find below a progress report on our different work areas, as the IUCN (International Union for Conservation of Nature) World Conservation Congress is taking place in Marseille, with the aim of taking action for a nature-based reconstruction, for climate change and for post-2020 biodiversity.