ENGIE and MIROVA are proud to announce their strategic partnership in the biogas sector and the acquisition by the MIROVA-EUROFIDEME 4 fund of a 50% stake into DANA GAZ, a company owning 9 operating biogas plants developed and owned by ENGIE. This transaction is the first step of a broader cooperation to expand the DANA GAZ asset portfolio.

MIROVA is investing through MIROVA-EUROFIDEME 41, its ca. €860M fund dedicated to energy transition infrastructure projects, the largest of its kind in Europe, and is taking a significant position into the biogas sector in France.

ENGIE, and its subsidiary ENGIE Bioz, is a leading biogas operator in France, active across the whole value chain from project development and construction, alongside local authorities, farmers and industrials, to project operation and energy sale.

"This major partnership in the biogas sector in France reflects our conviction that biogas will play an important role in advancing the energy transition. It will serve ENGIE’s goal to produce 5 TWh of biogas per annum by 2030" indicated Rosaline Corinthien, Head of ENGIE France Renouvelables.

"We are pleased with this new cooperation with ENGIE, a longstanding partner of MIROVA whom we have worked with on many wind, solar, and hydro projects across Europe. We believe in the potential of biogas to become a key contributor to the energy transition, as a truly decentralised source of energy with tangible local benefits" added Raphaël Lance, Head of Energy Transition Funds at MIROVA.

ENGIE and MIROVA previously together won the auction launched by EDP in Portugal and acquired a 1.7GW hydro portfolio in a €2.2bn transaction.

[1] MIROVA EUROFIDEME 4 is a French limited partnership (Société de Libre Partenariat), closed to new subscription. Mirova is the management company. The supervisory authority approval is not required for this fund. 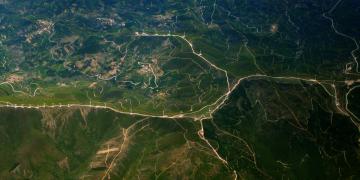 Mirova today announced the final close at €859m of Mirova-Eurofideme 4, its fourth equity investment fund dedicated to clean energy projects. With this closing, Mirova far exceeds its initial objective and closes the largest renewable energy fund dedicated to the European market to date. 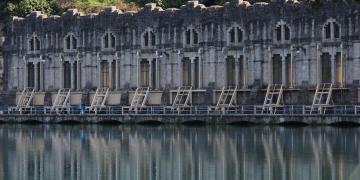 Mirova, ENGIE and Crédit Agricole Assurances announce they have won a competitive process conducted by EDP for the acquisition of Portugal’s second largest hydroelectric portfolio, for an enterprise value and consideration of EUR 2.2 billion. 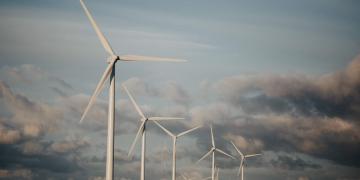