An equity strategy to further the zero carbon economy

The time for all-out mobilisation

For many decades now, we have been witnessing, year after year, an exacerbation of the consequences of climate change. Droughts, heat waves, heavy rain, flooding and landslides are all happening with increasing frequency. In parallel, rising sea levels and ocean acidification are continuing under the effects of global warming. We also know that climate change contributes to accelerating the disappearance of biodiversity which has already been endangered by human activity, independent of the climate.

Drastic change has now become an urgent matter, both in power generation and in manufacturing processes and consumer habits. To make the current energy system compatible with the climate challenge, it is crucial to support the acceleration of the transition towards a zero carbon economy, and this mobilisation must happen across the board. Finance is no exception to the rule, and has a key role to play by leading a profound transformation in its capital allocation choices.

Manuel Coeslier, Portfolio Manager for the Mirova Climate Ambition strategy1, and Ladislas Smia, Head of Sustainability Research, offer insight onto the widespread mobilisation that THE definitive challenge of the 21st century now requires.

On 18 May this year, the IEA (International Energy Agency) published Net
Zero by 20504, a report explicitly setting out the measured that must be
taken and the concrete measures to introduce in each industry in order to
limit global warming to 1.5°C.

Starting today, no further oil and gas investment or exploration. 2025 is the
milestone for the end of new sales of fossil fuel boilers, 2030 the date for
the phase-out of coal-fuelled power stations in advanced economies; and
air traffic growth must be halted. By the same year, more than half of global
car sales will be of electric vehicles. In 2040 – in other words, tomorrow – half of the global real estate stock must be low-carbon, together with all electricity generation, which will mainly be solar and wind-powered; 50% of aircraft still flying will use low-emission fuel, pending the advent of hydrogen, whose production will be multiplied by five between now and 2050, at which point it will be 100% “green”.

During the same period, residual CO2 capture will reach 7.6 Gt per year5. The report also reminds us that, even with the deployment of all these measures, there will still be CO2 emissions which will need to be captured and sequestrated.

While there is a growing political consensus around the necessity of achieving carbon neutrality, and although an increasing number of countries have signed up to a pledge to these ends, there remains a lack of clarity on how this commitment is to be fulfilled. Governments must give a clear and unequivocal signal of their intention to adopt clean technology to decarbonise the economy. A recent report by the UN6 furthermore issued a warning to the Paris agreement signatories7: their current pledges are leading the world towards a “catastrophic pathway” to 2.7°C of heating, a far cry from the 1.5°C target aimed for. On the corporate side, the ambitions displayed fall way short of meeting the radicality of actions demanded. Most pledges are limited to compensating or reducing greenhouse gas emissions on an overly confined scope, which rarely takes into account the emissions generated by suppliers or product use.

Carbon Neutrality – real net zero –calls for an in-depth overhaul of companies’ business models and an immediate and massive reorientation of capital.

Now time has been called, it’s time for solutions

At COP26, Antonio Guterres urged world leaders to “save humanity” from climate change8. If we still want to have a chance of avoiding the most serious consequences of climate change, it is clearly time to concentrate on the indepth transformation of our societies. As we can see, Carbon Neutrality – real net zero – calls for an in-depth overhaul of companies’ business models and an immediate and massive reorientation of capital.

The predominant role of finance

Faced with such challenges – which are also opportunities – the financial sector’s players must accelerate and reinforce their initiatives in a conducive regulatory environment, in particular in Europe.

The EU taxonomy for sustainable activities (which allows investors to report to what extent companies selected in a portfolio contribute to financing so-called “green” business) and the recommendations of the TCFD (Task force on Climate related Financial Disclosures9, establishing a global standard on the assessment of climate risks) are all measures that contribute towards better financing of the low-carbon transition.

In addition to this conducive regulatory environment, coalitions such as the NZAMI alliance (Net Zero Asset Managers Initiative10), of which Mirova is a signatory, are also making an impact by steering shareholder engagement, developing shared methodologies or providing consistency between companies’ expectations and finance.

All these items contribute towards creating a healthy environment for the financing of a zero-carbon economy.

Through the central position it occupies in the economy, the financial sector must rethink its capital allocations if it wishes to become a key player in carbon neutrality. In particular, it is essential to reduce the financing of fossil fuel and high-carbon companies, and massively invest in solutions to fight climate change such as renewable energy, energy efficiency, low-carbon mobility and green hydrogen.

An equity strategy to decarbonise the economy

At Mirova, as impact investors we believe more strongly than ever that finance can play a major role in helping the economy transition to a low-carbon future.

Managing risk is therefore no longer enough: we must also – and more importantly – act by thinking from a solutions and engagement perspective.

The engagement lever mut be employed to accompany companies in their low carbon transition while investing in players who provide innovative and standout solutions.

This exhaustive and comprehensive approach to the climate lies at the heart of Mirova’s Climate Ambition strategy.

A strategy combining ambition and diversification11

The Climate Ambition strategy offers asset management that combines diversified sector exposure with the goal of aligning with the most ambitious climate scenario.

By placing the Mirova Climate Ambition Equity strategy at the heart of their portfolios, investors can thus expose themselves to equity markets in a specific geographical zone (the United States, Europe or the world) and, at the same time, reduce their exposure to risks relating to climate change while increasing their contribution to the financing of the providers of innovative and standout solutions in the aim of reaching net zero carbon.

The Climate Ambition strategy offers the opportunity to invest both in sectors with high climate exposure - such as sustainable mobility or renewable energy generation through major well-established players or small innovative start-ups - and in sectors and securities with so-called low climate exposure such as the media, services or health.

The securities are analysed both by measuring carbon emissions caused and avoided, and from an ESG (Environmental, Social and Governance) viewpoint through the lens of their contribution to the United Nations’ Sustainable Development Goals12.

The aim is not to indiscriminately penalise companies emitting the most carbon, but rather to provide finance to companies contributing new solutions, and those that wish to change: to evolve from a best-efforts obligation to a performance obligation.

All about climate performance

Measuring the climate performance of a company solely through the lens of its carbon footprint (under the traditional meaning of the term) is not enough: it is just as essential to measure its contribution - and that of its products - to the necessary decarbonisation of the economy. The main difficulty relates to the fact that climate impact assessments are generally disclosed by the companies themselves on varying scopes and without counting the “positive” impact. As a wind turbine manufacturer requires fossil fuels and materials to make its blades, the carbon emissions caused would imply that this company has a negative impact on the climate, even using a life cycle analysis. And yet turbine blades make it possible to generate zero carbon electricity: they therefore constitute part of the solution to the transition to a low carbon future.

To assess companies’ climate performance in the finest possible detail, Mirova has therefore worked with Carbone 413 to develop a methodology which, using a life cycle approach, helps calculate both emissions caused and emissions avoided. Thanks to these two measures, which are identical across sectors and companies, Mirova is able to quantify the exposure of its portfolios to the risks and opportunities arising from climate change and the energy transition14. 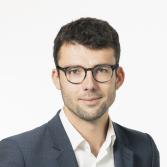 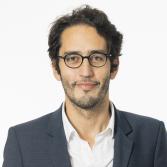 1. The specific risks of investing in the Strategy are linked to: Capital loss, Financial Derivatives Instruments, Equity securities, Counterparty risk, Global investing, Exchange rates, ESG Driven Investments, Changes in law and /or tax regimes, Geographic concentration. Portfolio concentration, Small and Mid and Large Capitalization Companies, sustainability risk.
2. Each investment includes risks, including capital loss and sustainability
3. https://www.carbone4.com
4. Net Zero by 2050, A Roadmap for the Global Energy Sector
5. Net Zero by 2050, A Roadmap for the Global Energy Sector
6. UNFCCC report, Sept 2021
7. The Paris Agreement’s central aim is to strengthen the global response to the threat of climate change by keeping a global temperature rise this century well below 2 degrees Celsius above pre-industrial levels and to pursue efforts to limit the temperature increase even further to 1.5°C.
8. https://news.un.org/en/story/2021/11/1104542
9. https://www.fsb-tcfd.org
10. https://www.netzeroassetmanagers.org

*Corresponds to action plans implemented to comply with the Paris Agreement, i.e., the average temperature increase of the planet between 1850 and 2100 that must not be exceeded.
**Internal limits non-binding at the date of this document, subject to change by Mirova without prior notice. The carbon impact of investments (excluding Social impact and Natural Capital funds), is calculated using a proprietary methodology that may involve bias.

The information provided reflects Mirova’s opinion / the situation as of the date of this document and is subject to change without notice.

An equity strategy to further the zero carbon economy 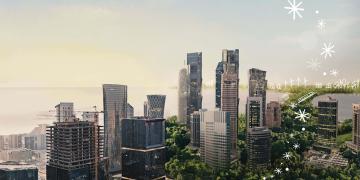 Green Bonds: the revolution in fixed income
Published on 10/26/2021

The world was alerted to climate and environmental issues more than 30 years ago by the IPCC1, and governments took measures to deal with these subjects more than 10 years ago, with the goal of reaching carbon neutrality and thus limiting global warming to 1.5°C2. And yet we are far from this target: the UN published a report in September 2021 stating that the world is on a catastrophic trajectory headed towards 2.7°C of global warming5. It has therefore become a necessity to undertake an industrial and environmental revolution to accelerate the environmental and energy transition. Through green and sustainable bond issuances, investors can contribute to the low-carbon transition while making a twofold impact: financial and environmental. Such is the purpose of the Mirova Global Green Bond3 strategy. 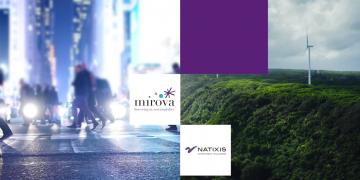 Green Vision: an educational series on the transition of the economy towards a more sustainable model
Published on 10/05/2021

Natixis Investment Managers and Mirova invite you to join a journey towards a more sustainable world. Because many opportunities arise from the most profound upheavals, Green Vision invites you to discover how players from different sectors can contribute to the transition towards a more sustainable model and revolutionise the way you think about your investments. Mirova's ESG experts will provide you with the insight to identify the risks and opportunities of these sectors. 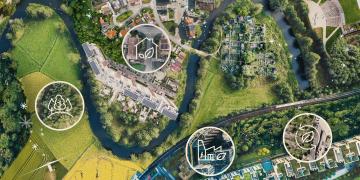 The world and the economy today are facing long-term challenges such as resource security, a need to keep ecosystems healthy, and climate stability. Since there is no Planet B to turn to, it is a matter for all to work for the environmental and energy transition’s acceleration. Finance is no exception and has a role to play to reach carbon neutrality in 2050 and therefore limit temperatures increase to 1.5°C.1 Investments can also contribute to the transition to an economy that gives back to the planet more than it takes out in resources, and helps improving biodiversity. This is the purpose of the Mirova Global Environmental Equity strategy, a theme-based equity strategy aiming to invest in companies which develop robust solutions and cutting-edge services that generate a significant impact on the environmental value chain, in particular in energy and the rapid reduction of greenhouse gas emissions.

Environment & Climate
Subcribe to our newsletter