At the dawn of a new era

As Joe Biden prepared for the inauguration, he tweeted "It’s a new day in America". And what a day! Hours after taking the presidential oath, Biden announced that the United-States would rejoin the Paris Climate Agreement as promised during his electoral campaign (in essence the starting of a new climate era in the U.S. and the global race to a net zero economy).

We feel it surely changes the dynamic, not only in terms of climate, but also in terms of economics and geopolitics. That being said, the train has already left the station: 2019 was the first time in history that the US consumed more energy from renewables than coal1, driven we believe by decreasing costs of wind and solar energy supply.

The Biden administration prioritizes climate in its domestic policy agenda2 which we believe, will accelerate those trends.

Transitioning to a cleaner world is a priority for the President, calling climate change "the existential threat of our time“ and clearly stating that it’s everyone’s business : "Just as we need a unified national response to COVID-19 we need a unified national response to climate change. We need to meet the moment with the urgency it demands, as we would with any national emergency3". In that vein, in April 2021, Biden unveiled a historic $325 billion research and innovation plan4.

A massive investment will be made over 4 years to help the US economy become greener5: it’s not only a question of steering the country towards a greener future, it’s also about transforming the economy, developing the new required jobs, and securing supply chains.

We believe this policy implies three transitions: environmental, social and economic. Having the capital to meet the Paris Agreement’s goals, but also developing and owning the right technologies, and all key to drive job growth. It is our view that a 'green economy' has three interconnected and mutually dependent goals: increasing economic growth, by financing the right technologies and developing the labor skills, alleviating poverty by reducing unemployment, increasing social inclusion and equity, and reducing greenhouse gas emissions.

The US will have to adapt fast, as the global race to tackling climate change has already started, and other countries, such as China, have a head start.

Will the Eagle and the Dragon be toe-to-toe again?

Indeed, after trade and technology, climate mitigation and adaptation could very well be the next competition between China and the US, driven by the commitment of both countries to Net Zero emissions. The competition for developing successful technologies will lead to an industrial and energy revolution, a catalyst for employment and economic growth. China hasn’t waited for the US to take action: between 2010 and 2020, China spent two times more than the US on climate action, U$1.2 trillion dollars vs. U$600 billion for the US6. China also dominates the global market in terms of electrical vehicles and battery production. 77% of lithium-based battery installed capacity was in China in 2020 compared to only 10% in the US6.

However, the Biden administration marks the US return to international climate leadership, especially with the new political determination to halve greenhouse gas emissions by 2030, compared to 2005 levels, implement  carbon-free electricity by 2035 and lead the country to reach net-zero emissions and 100% clean energy by 20507. The administration is also tackling climate change with a far reaching sectorial, environmental and social approach. The government plans to lead the upgrade of millions of buildings and homes to be more energy efficient, plug abandoned oil and gas wells, reclaim mines and make environmental justice a focal point5.

Unlike the Tech and Trade wars, it won’t be a tale of two countries only, as China and the US have to take another contestant into account: Europe.

How is Europe positioned?

Europe is already a leader in climate policy, as it has the most advanced green regulation, and a significant head start in terms of decarbonization. Indeed, the European Union’s share of renewable energy in energy consumption grew significantly, reaching close to 20% in 2020 compared to 9.6% in 2004. The European target is 32% by 20308. Also, 8 of the largest 10 clean tech companies are European today9.

In addition, the Green New Deal consists of a range of political initiatives aimed at developing the continent's biodiversity strategy by 203010. It also sets out to achieve carbon neutrality for the EU by 205010. The Deal’s ambitious targets will require substantial investments in each impacted sector. The Commission plans to allocate €20 billion per year. This initiative is now part of the EU's recovery plan to tackle the COVID-19 crisis, Next Generation EU, a one-off financial instrument with €750 billion of additional funding to be raised on the markets over the period 2021-20243. Finally, Next Generation EU and the EU's Multi-annual Financial Framework (MFF) will free up a total of €1,850 billion in funds to kick-start the economy and ensure that Europe recovers10. The scope of these initiatives was further strengthened in April with the provisional agreement of the European Climate Law, turning the political commitment to become the first climate neutral continent by 2050 into a legal one. It also targets  a 55% reduction in EU emissions between 1990 and 2030.

In conclusion, while each region has its own agenda, this is the first time in history that there is a true global alignment towards one goal: making the planet greener. In that spirit, Biden actually hosted a virtual Leaders Summit On Climate, attended by 40 world leaders11, to address the global climate crisis. We are at the dawn of a new climate era.

Political, financial and economic stakeholders need to think about the environmental and social impacts they cause while transitioning to a zero-carbon economy. It’s not just about the industry, it’s about the whole value chain! 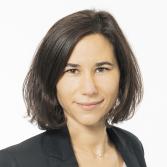 At the dawn of a new era

You are about to leave Mirova’s website
Mirova does not endorse, have any responsibility for, or make any representations about, any other sites, including their products and services, content, communications and website use policies. Please see full disclaimer under "Legal Notice", at the bottom of this page.