Mirova for Nature: progress report on our action in favour of biodiversity

Despite the health context, we have continued to implement our biodiversity roadmap. You will find below a progress report on our different work areas, as the IUCN (International Union for Conservation of Nature) World Conservation Congress is taking place in Marseille, with the aim of taking action for a nature-based reconstruction, for climate change and for post-2020 biodiversity.

2020 was supposed to be the year of nature and biodiversity. The Covid-19 pandemic, however, disrupted agendas and postponed all the major conferences initially planned on this topic. But above all, the epidemic has profoundly destabilised our lives, highlighting the fragile balance of our societies. An onslaught of scientific reports reminds us that the collapse of organic life and climate will likely have even greater consequences than the pandemic, it is high time we move faster to take action on these issues.

Figures on the collapse of living organisms are staggering. Since 1970, vertebrate populations have declined by 68%1. Nearly 40% of freshwater fish species are threatened with extinction2. The world is losing 12 million hectares of tropical forest per annum3. More than 35% of wetlands have disappeared in the past 40 years4. Despite the succession of lockdowns and travel restrictions in recent months, public authorities and private players have continued to tackle biodiversity issues over the last few months. At Mirova, we have persisted in deploying our roadmap, which is centred on three areas:

With the gradual lifting of restrictions in many countries, the end of 2021 and the beginning of 2022 should provide an opportunity to rekindle momentum for biodiversity-related topics. The World Conservation Congress, organised by the International Union for the Conservation of Nature (IUCN), will be held in in Marseille this September. November’s UN Climate Change Conference COP26, in Glasgow, will address the links between climate and biodiversity. COP15 on biodiversity is finally scheduled to take place during spring 2022, in Kunming, China. Given this context, it seemed important to us to take stock of the progress made across our various focus areas that concern biodiversity.

Mirova for Nature : progress report on our action in favour of biodiversity

2 Mo
Let’s keep in touch !
You can subscribe to Mirova’s publications by clicking here 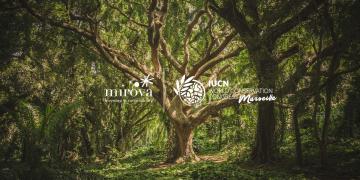 The first environment-related event to be held physically since the beginning of the pandemic, the IUCN (International Union for Conservation of Nature) World Conservation Congress aims to take action for nature-based recovery, climate change and post-2020 biodiversity. Initially scheduled for September 2020, it will be held from 3 to 10 September 2021 in Marseille, in a hybrid format - digital and face-to-face. 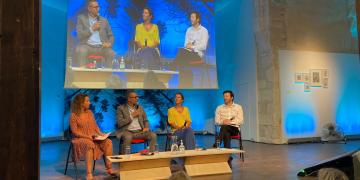 A look back at the second edition of the "Agir pour le vivant1" event, supported by Mirova, which was held in Arles from 22 to 29 August 2021. During these seven days of debates and meetings to raise awareness and try to design a model of society that integrates the challenges of the living world, the teams of Mirova present on site had the opportunity to share their experiences and their views on the role of finance in the environmental and social transition, but also to draw inspiration through inspiring visits to the Arles area. 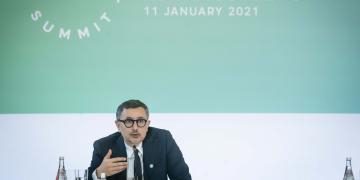 At the One Planet Summit, Mirova strenghtens commitment and actions for nature
Published on 01/13/2021

As the One Planet Summit Biodiversity, organised by the President of the Republic in partnership with the United Nations and the World Bank, comes to an end, we wanted to go over the announcements made that day as well as the objectives that Mirova had set itself when it published its Biodiversity 2020 Roadmap.