After the progress made in 2019, 2020 could be a pivotal year for sustainable finance

On 28 November 2019, the European Parliament took a resolution on “the climate and environment emergency”. And with this, one more year comes to its end, while one more year begins... Like a pendulum movement, stubbornly ticking back and forth, this movement reminds us how important it is to speed up toward a just transition to a carbon-neutral world. In this context, the year 2019 has brought us its share of good and bad news, as it is so often the case.

There are two types of bad news.

First, an observation: we enter a period of climate suffering. The extreme events follow one another, the latest erasing the previous one from our mind. The end of this year is marked by a dramatic situation in Australia where temperatures in certain locations rise above 50°C, and out-of-control forest fires make the air impossible to breathe in Sydney. Unfortunately, this is only the visible part of the situation, which gives us a sense of what will happen to our climate in some decades if we do nothing. The other part of the problem is somewhat less visible, and we need scientists to describe the situation and to enlighten us. To this end, the global assessment report from the Intergovernmental Science- Policy Platform on Biodiversity and Ecosystem Services (IPBES1), released on 6 May 2019, confirmed the nature’s dangerous decline around the world. Mass extinction is already under way: one million animal and plant species are now threatened with extinction.

The second one is about our capacity to act. Regarding the inter- national action, the year 2019 was not particularly positive: the United States withdrawal from the Paris Agreement is now effective. The election of Bolsonaro in Brazil has put upward pressure on the primary Amazon forest. Finally, the UN Climate Change COP 25 concluded with minimum agreements reached, which is far from the level of what is at stake.

To find signs of hope, we need to look at Europe. Old and tired as it may seems, our continent still shows the way. With Christine Lagarde just appointed as head of the European Central Bank, who, in her speech addressed to the European Parliament, declares that the Central Bank should put the climate issues at the heart of its monetary policy; with Mark Carney and François Villeroy de Galhau who engage the Bank of England and the Bank of France on the road to climate risk stress tests for banks; with the European Union which resolutely progresses toward the implementation of the action plan for sustainable finance, by creating a taxonomy of green assets and demanding for more transparency from financial players, and by developing low-carbon benchmarks; with the European Investment Bank which takes a historical decision to end financing fossil fuels. At last, with the new Commission President who launches an ambitious “EU Green Deal”: yes, obviously, Europe shows the way.

The positive signs also come from private players. The economic world has begun to change, the financial world is following suit. The carbon-intensive world is certainly not going to disappear, and inequalities will not be removed as if by magic. We are falling short. Yet, there are signals we should hold into to make them tipping points. In a statement made last summer, the Business Roundtable, a group of 250 CEOs of large US companies, announced that no longer would they prioritize shareholder value, but that their companies, by embracing sustainable practices across their businesses, should support the communities in which they work and protect the environment. This is a small revolution. In the same vein, last July, during the G7 Finance in Chantilly (north of Paris), Bruno Le Maire, the French Minister of the Economy, expressed an ambitious goal of “rebuilding capitalism”. That is, indeed, one of the keys for the needed transition to which we all aspire: transforming the system, building a capitalism for all stakeholders.

What can we expect in 2020? If there is no hope arising from international negotiations, be it in Kunming on biodiversity in September, or in Glasgow on climate in November, we must continue to tirelessly carry out the economic and financial trans- formation. Every day, we see that investors’ awareness is growing, as is the call for environmental and social impacts. Several risks are present on this path: a spirit of resignation first; the false belief that everything must come from states, regulation or global carbon price; the greenwashing afterwards. At a time when all economic players keep talking about “transition”, we must bring much greater ambition and decide what kind of transition we need and how we will support it. 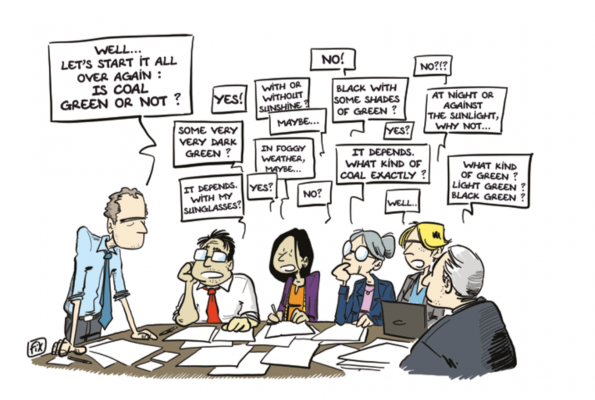 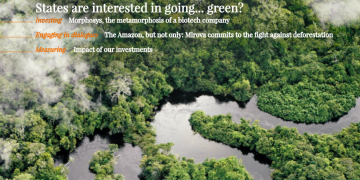 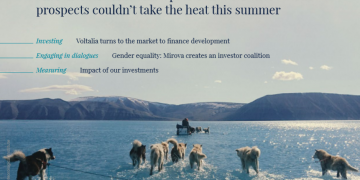