2019 Outlook - A reassuring wave of pessimism

The markets closed out the year significantly down and 2018 officially became the worst year on record since the Financial Crisis. A general climate of gloom prevails, in sharp contrast with the optimistic beginning of 2018.

The European equities markets closed out the year significantly down: with a 10% to 20% crash of the major indexes, 2018 officially became the worst year on record since the Financial Crisis. Sources of anxiety abound. Their cumulative effect has contributed to a general climate of gloom in sharp contrast with the optimistic attitude with which the financial industry approached the beginning of the year. Even Wall Street experienced a hard landing, exacerbated by profit-taking on the part of investors, who withdrew after close to a decade of uninterrupted bull market. The most global companies, which had expected to see the strongest growth—such as technology stocks—were particularly hard hit in the last quarter.

Granted, this increased aversion to risk set against an overall drop in the price of risk bearing assets is characteristic of late-cycle behaviour. It reflects fears of a global economic slowdown occurring just as the policies of central banks become less accommodating. As early as June 2017, the Fed gradually dialled down the flow of low-cost credit, prompting investors to feel as though a golden age were drawing to a close. In 2018, interest rates increased by a quarter point, four times. Traditionally, the impact of such actions is felt with some 12 to 18 months delay. But the late-cycle context does not explain everything, and there are many other factors that play into the prevailing pessimism.

Between tension and uncertainty

The trade war instigated by Donald Trump between the United States and China (and possibly the rest of the world), has begun to wreak havoc with macroeconomic indicators: decreasing confidence of entrepreneurs, lower investment rates, a drop in the new orders component of SME indicators, and so on.

Added to this are significant anxieties regarding China’s growth. The market is wondering about the true amplitude of China’s slowdown. While it was, after all, expected, having been announced in the context of a virtual ‘Gosplan’, the fact that it coincides with tensions over trade has raised concerns that the landing might be more brutal than anticipated.

And lastly, the eurozone is caught in a vise between trade tensions and political uncertainty. Germany, which has driven growth for a number of years, is showing signs of weakness due to a deterioration of the automobile sector. The auto industry not only faces the rise of protectionism, it is also in the throes of technological transformations necessary for the transition to a low-carbon economy. These involve, among other things, massive investment in electric-drive vehicles. Politically speaking, the debates focused on Brexit and Italy, uncertainty surrounding the outcome of the upcoming European elections this spring given the context of rising populism, and the protests in France are all subjects that make investors twitchy and deprive them of visibility.

A pall of anxiety has thus settled on the markets. At the end of 2018, investors leaped—perhaps too quickly—to the conclusion of an ending cycle; accelerated by a loss of confidence on the part of economic actors against the backdrop of a looming trade war and inexorable monetary tightening by central banks, this resulted in a hard landing that has hobbled Chinese and US growth for 2019-2020.

The situation of the world economy is comparable to that of 2011 and 2016. At the time, a more accommodating monetary policy on the part of the Federal Reserve and a massive stimulus package in China paved the way for renewed confidence. Without counting on similar measures, we believe the Fed will prove pragmatic and adapt its policy to the prevailing economic conditions. Furthermore, positive signs have emerged to suggest an easing of sino-american trade disputes. For all these reasons, we are not tabling on a recession Stateside for 2019, nor on a serious drop in growth for China. With valuations on the European equities markets already pricing in a significant economic slowdown and presenting high risk premiums, we are fairly confident in the performance of risky assets for 2019. It would appear that blanket pessimism has ultimately become a factor supporting current valuations.

Nonetheless, we are keeping a close watch on macro dynamics that are slow to find firm footing, and, given the persistence of significant political risks, we do not anticipate a major rebound. As in 2018, we believe that the strongest investment strategy will consist in identifying those companies best positioned in the broad array of transitions currently underway: the socio-demographic transition, the technological transition, the ecological transition and the transformation of corporate governance models, as companies are called upon to play a crucial role in achieving the public policy objectives embodied in the United Nations’ SDGs (Sustainable Development Goals).

As investors, our role is not limited to that of an informed bystander with a passing interest in the transitions underway. We owe it to ourselves to fully take part, whether through our allocation decisions, our voting and corporate engagement policy or, more broadly, through the positions we defend within the economic and financial ecosystem. For, let there be no mistake, if we fail to address the issue of climate change, if we cannot resolve the crisis of globalisation whose price is the exponential increase of inequalities, then medium and long-term returns will suffer! More than ever, 2019 is a year to invest in and for a more sustainable economy, and we are proud to see more of you than ever committed to doing so. 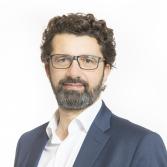 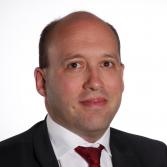 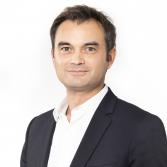